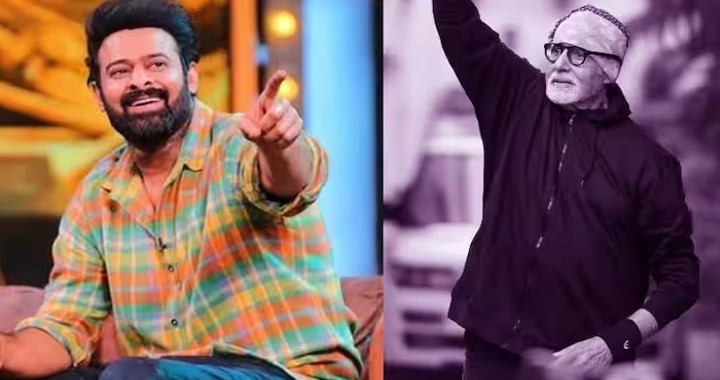 Young rebel star Prabhas is going to have big films coming year after year. Salaar directed by Prashant Neel. Om Raut’s mythological film Adipurush is going to hit the audiences this year. If all goes well, Nag Ashwin’s project K may also come this year, otherwise there is a chance that it will be released in the beginning of next year.

Senior producer Ashwini Dutt is producing Project K on a budget of 500 crores in an unprecedented manner. It seems that this film is being opened with international level visuals and action episodes. Along with Prabhas, Bollywood big stars like Deepika Padukone and Amitabh Bachchan are acting in this film.

There have already been leaks that this film is being shot in an interesting backdrop like time travel and World War III. At present this film is called with the working title of ‘Project K’. Big B Amitabh Bachchan’s latest tweet is going viral. Amitabh’s tweet has nothing to do with Project K. But accidentally Amitabh mentioned Project K in this tweet.

T 4530 – Every Sunday at the gates of Jalsa .. the love and affection of well wishers .. humbled beyond all ! pic.twitter.com/6dmqclix78

A huge number of fans turned up at his residence Jalsa Gate in Mumbai yesterday on Sunday. Amitabh greets them. The photo was shared on Twitter. The coat worn by Amitabh is related to Prabhas’ Project K film. Project K is written on Amitabh’s coat. With this, this tweet has gone viral. Quoting Amitabh’s tweet, Vyjayanthi Movies company commented ‘Sankranti’. Amitabh Ila has given good publicity to the film Project K, albeit unintentionally.