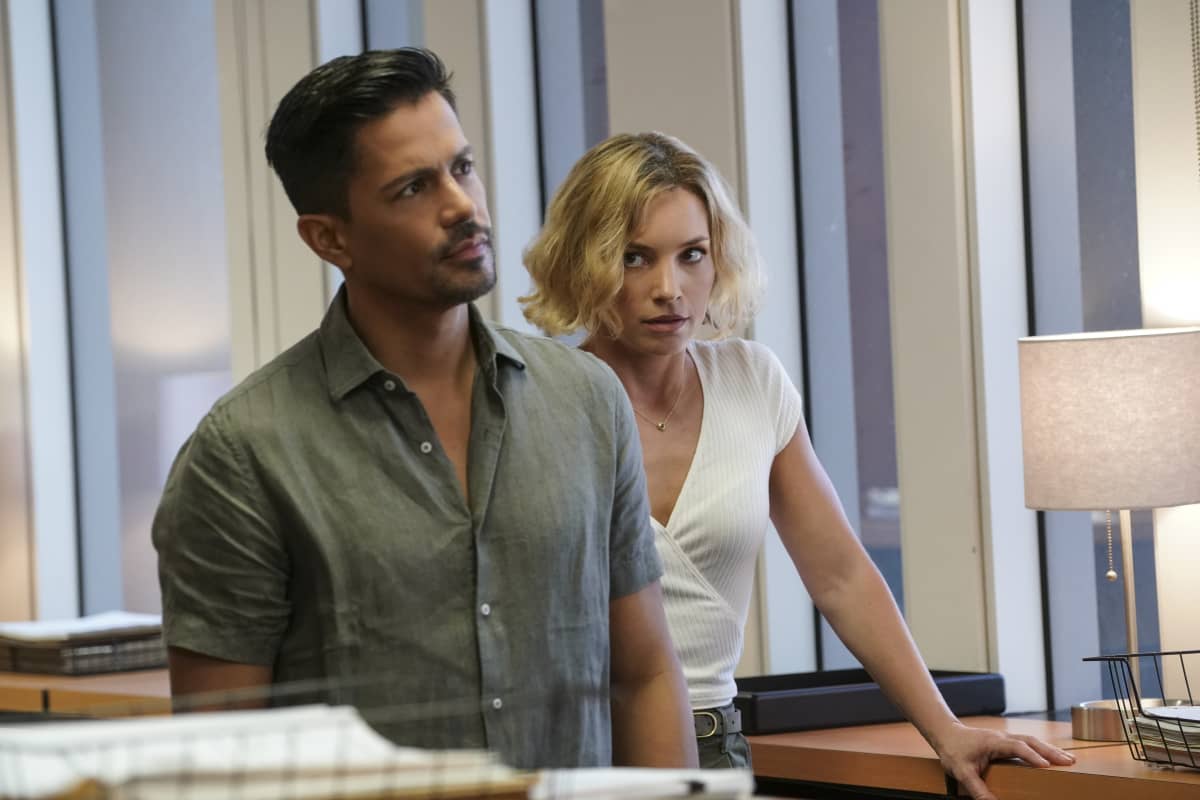 Last night CBS unveiled the first promo for Magnum PI season 4 episode 5, and it’s one that suggests trouble ahead for Higgins.

We’re not going to sit here and pretend like this is the most in-depth preview ever; for some reason, networks have gotten more and more inclined to show you very little of their upcoming episodes. In this case, the only thing that we can see is that Thomas is desperately trying to get ahold of Higgins and, for whatever reason, she’s just not answering.

Per the synopsis for this episode, it does seem like Perdita Weeks’ character will eventually find herself in a “life-or-death situation.” Why? It starts with a simple case where a groom hires Magnum and Higgins to look into his bride-to-be; however, at this point everything starts to spiral out of control. One of the things that we’ve seen with Magnum PI over the years is that very simple cases very rarely end up that way; if they did, we wouldn’t have all that much of a show here!

Of course, we do wonder if Higgins having her life on the line would make Magnum think about his feelings for her more … but we also don’t expect the producers of this show to rush into anything when they haven’t for the bulk of the series. Instead, we’ve seen little moments here and there where the thought may cross their mind. Take, for example, Magnum reading the steamy scene earlier this season. We could see it eventually becoming more of a prominent subject, but we’re not sure that we’re at that spot as of yet.

We’re just going to be happy to have the show back; after four straight episodes to kick off the season, we got rather used to having it on the air!

What do you most want to see when it comes to Magnum PI season 4 episode 5?

Be sure to share right now in the attached comments! Once you do just that, remember to stick around to make sure you don’t miss any other updates.