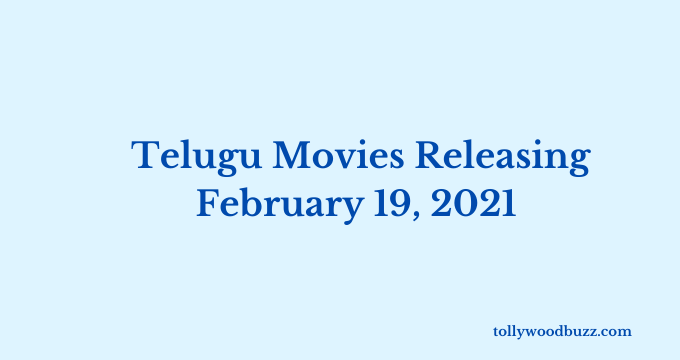 Here you will get the complete list of the upcoming Telugu movies on February 19, 2021 and movies releasing this week. This listing is purely based on the announcements made by the producers/production houses and therefore, the release dates may or may not differ. The list includes straight Telugu movies like Kapatadhaari, Naandhi, Balamitra and dubbed movies like Pogaru and Chakra. Do you know? on February 09, 2021 Telugu audience are going to witness most awaited Thriller movies Kapatadhaari, Naandhi and Chakra.

Sumanth’s Kapatadhaari is coming soon to theaters on 19th February, 2021. This is an out and out neo-noir thriller film remake of Kannada film “Kavaludaari”

Tamil actor Vishal’s latest bilingual film Chakra releasing this February 2021 in Theaters worldwide. This film is based on the Online robbery by a gang of hackers and cyber criminals.

Pogaru is an upcoming Kannada film that will be dubbed into Telugu and Tamil languages and released on the same date. The film starring Dhruva Sarja, Rashmika Mandanna & Others in lead roles. The movie is scheduled for February 19, 2021 release.

Tom and Jerry is the 2021 Hollywood film directed by Tim Story, Story for this animated film is provided by William Hanna, Joseph Barbera. The film is releasing on 19th February, 2021 in India in English, Hindi, Tamil and Telugu languages.

Balamitra is a 2021 Telugu film directed by Shailesh Tiwari releasing on February 19, 2021